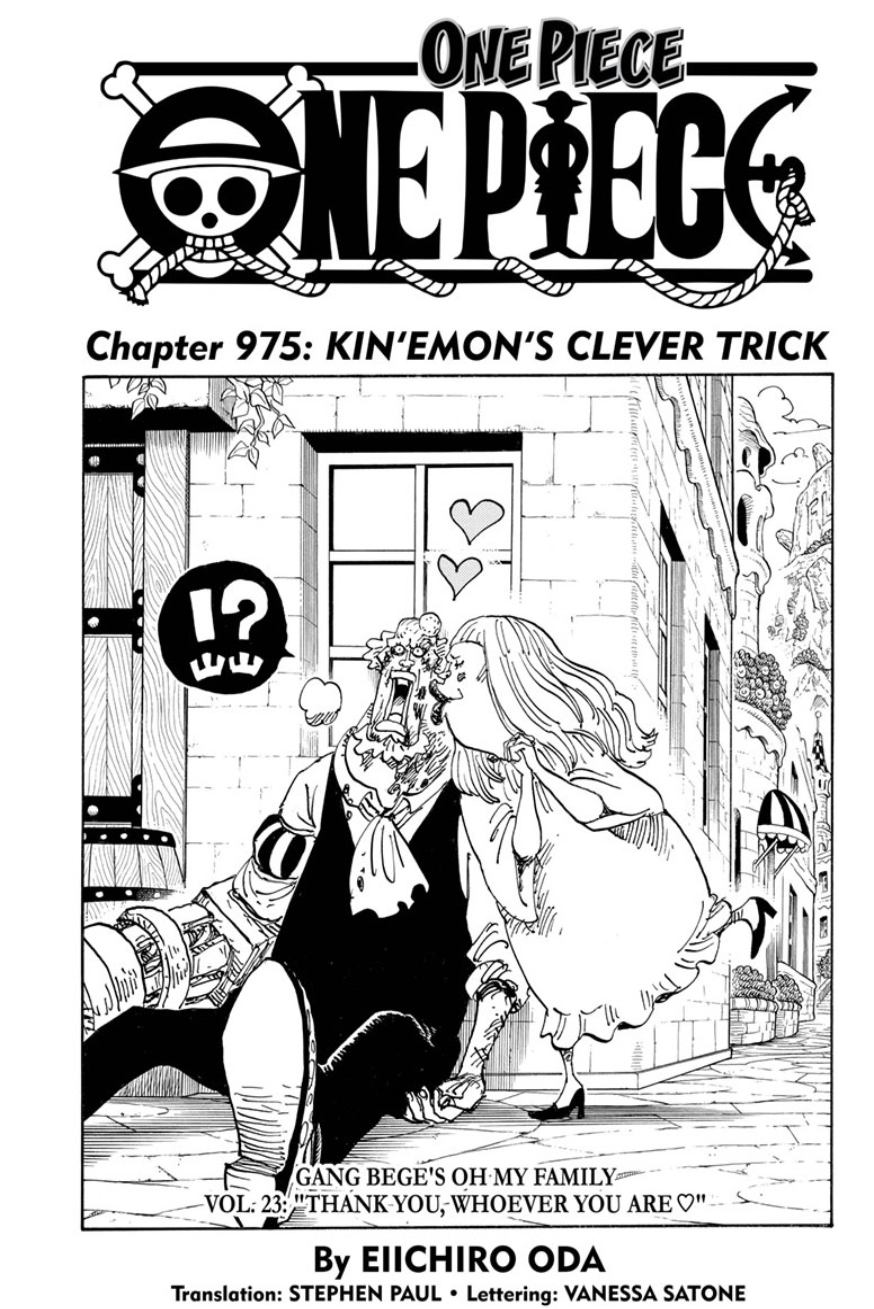 Although the arrival of the Straw Hat Pirates, Heart Pirates, and Kid Pirates was unexpected, the Beasts Pirates are still confident as they reveal how they prevented the rest of the Kozuki Family’s allies from getting to Port Tokage as well as that they had formed an alliance with the Big Mom Pirates. The rookie Pirates are shocked to hear that the Yonko have decided to ally with one another.
However, Luffy, Law, and Kid then simultaneously attack and destroy one of their ships.

Soon Kyoshiro and his family arrives on his ship. The Beasts Pirates believe he is here to aid them in battle and beg him to sink the enemy ships and he proceeds to attack one of the Beast Pirates ships by cutting it in half. Kyoshiro then addresses the Samurai, as Zoro recognizes him from the town.

Ashura Doji believes Kyoshiro might make a bad enemy. However, to the shock of everyone, Kyoshiro then tells the Samurai that his family will aid them in battle.

Kyoshiro speaks to Kin’emon about the Mountain God incident, in which the Capital was nearly destroyed. This shocks Kin’emon, as only one person was aware of this before he realizes who Kyoshiro is and asks if he is Denjiro. Cutting off his pompadour, Kyoshiro reveals his true identity as Denjiro, as his allies are shocked by his new appearance.

Denjiro then reveals that Yasuie’s altered message actually instructed the Kozuki allies to meet at the wharf by Port Habu. Thus, their allies had been able to reach the wharf before Orochi destroyed the bridges, and Denjiro had freed the Rasetsu Town prisoners after Orochi had left him in charge of the Flower Capital. As he reveals this, the alliance, now numbering 5400, arrives at Port Tokage on a massive fleet.

Infuriated that his plans were foiled, Kanjuro curses Kin’emon. Denjiro then commends his friend for fooling the enemy, as Kin’emon takes it in stride, while he internally notes that he had actually misunderstood the message himself.